The Photographs of Glenallen 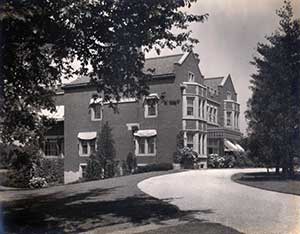 Side view of Glenallen Estate 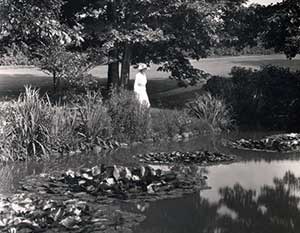 Elisabeth Severance Allen Prentiss standing next to a pond at Glenallen

Glenallen, situated on 45 acres of land, was known for its landscape.  It was featured in The Complete Garden by Albert Taylor.  The grounds had several unique features, such as a Japanese Garden with a goldfish pond and a Korean Pavilion shipped directly from Korea.  The interior of the estate featured inlaid oak floors, marble fireplaces, fine art, and a carved mahogany woodwork.

After the death of Mrs. Prentiss in 1944, the estate was demolished in 1945 by the Broadway Wrecking Company.  The land was purchased by Gabriel Feigenbaum, Leighton A. Rosenthal, & Gabriel Leeb, who sought to develop it into “Prentiss Park,” 100 hundred homes selling for $15,000.  Although a few homes were built, the land was primarily used as the site for the Jewish Community Center (1960) and is currently the home of Lutheran East High School and Bluestone condominiums. 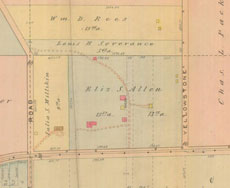 Although very little remains of the Glenallen Estate, a few remnants are still visible on the original land plot. The remnants include: