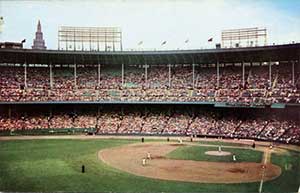 Of the more than 1,500 men who played for the Indians throughout their history, these players are notable for their presence, ability, achievements, and popularity. To further commemorate these players, Cleveland Memory has complemented the roster with photos of the players, where available.