The "Rust Belt", an area stretching from the Midwestern to the Northeastern United States, was once known as the "foundry of the nation" and was the embodiment of American industrial prosperity. Today the "Rust Belt" is characterised by struggling cities attempting to retool and redefine themselves in the wake of global economic change and shrinking populations. Two such cities are Youngstown and Warren, Ohio. Both historically big steel towns, their locations along the Mahoning River made them ideal for the transportation of steel.

Bought by John Young in 1796, Youngstown sits as the county seat of Mahoning County. It is 65 miles southeast of Cleveland and 61 miles northwest of Pittsburgh. Though recognized mostly for its history of steel production, Youngstown is also a cultural arts center and known for its beautiful historical district, parks, churches and its own Youngstown State University. Youngstown is also home to the four famed Warner Brother, founders of Warner Brothers Pictures, and businessman Edward J. DeBartolo, Jr.

Youngstown has over 140 churches including the St. Columba Cathedral, the Mother Church for the Diocese of Youngstown. Major theatres and museums are scattered throughout the city as well. The Butler Institute of American Art, the first museum of American art, lies within the Wick Park Historic district, as does Powers Auditorium which was built by the Warner Brothers in 1931. The Youngstown Playhouse, once boasted as the country's largest community theatre, has been bringing local audiences "the best in community theatre since 1924." Two cherished parks lie within the city; Mill Creek Park and Idora Park. Both parks are listed on the National Register for Historic Places. Mill Creek Park encompasses its own historic district. Idora Park, an amusement park that opened in 1899, was destroyed by a fire in 1984. 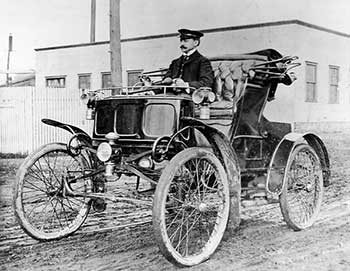 Located 16 miles northwest of Youngstown is the city of Warren, or "The Flats", as it was originally known when bought by Ephraim Quimby in 1798. Warren, once the county seat for all of the Western Reserve, now sits as the county seat of Trumbull County. It is situated 60 miles southeast of Cleveland and 80 miles northwest of Pittsburgh. Warren, known for its history of steel production and automobile manufacturing, has a rich cultural heritage rooted in the arts and its remarkable parks and downtown historic district. Warren is home to women's suffrage activist Harriet Taylor Upton, businessman and political leader Henry Bishop Perkins, and automobile manufacturer William Doud Packard.

There are a number of historical homes and buildings located throughout Warren, many of which were regular stops on the Underground Railroad. The John Stark Edwards House, one of the oldest known structures in Trumbull County, was erected in 1807. The Trumbull County Courthouse, built in 1895, is still in use and lies within the Warren Commercial Historic District. It once held the office of early women's rights activist Susan B. Anthony. Warren is home to the Dana Musical Institute, founded in the 1860's by William Henry Dana and was once one of only six musical schools of higher education in the United States. The school was later moved to Youngstown to become part of Youngstown State University. The Packard Music Hall, opened in 1955, was a gift to the city of Warren by funds willed by W.D. Packard. It sits at the forefront of the 120-acre Packard Park where it continues to play monthly concerts and stage numerous other events.

The photos in this collection are all from the Cleveland Press Collection and highlight the people, places, events and industry that shaped the character of Youngstown and Warren, a character now being tested by the challenges of the future.