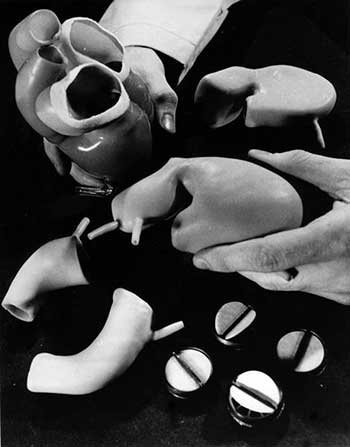 Rubber parts created at Goodyear for a life-like artificial heart.

Hand-in-hand with research was the development of new technology that allowed Cleveland doctors to become pioneers in many areas of cardiac care. The many manufacturing plants in the area not only produced products designed by doctors and researchers from Cleveland, but from other areas of the country as well.