BROWSE ALL ISSUES OF POINT OF VIEW

32 1/2 years of POVs are presented here in PDF format and may be viewed or downloaded using Adobe Acrobat Reader.

Search for specific issues and topics or browse the entire collection, which includes over 670 issues in their entirety, published between the years 1968 (v.1) and 2000 (v. 33). 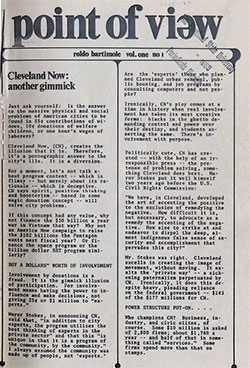