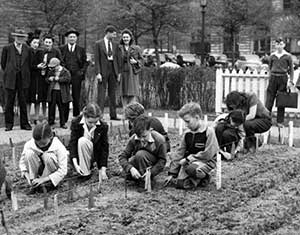 During times of war, particularly World War II it was considered patriotic to plant food to help in the war effort. Vegetable gardens were planted in many different sites in the city, including on the Mall in downtown Cleveland.

Chickens were raised in the city as well. There were contests and exhibits sponsored by private corporations. 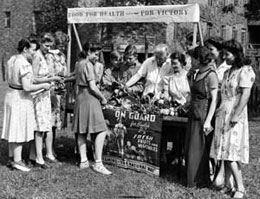 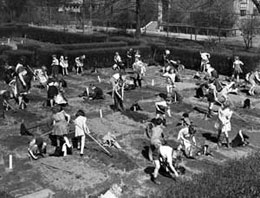 Kindergarten students at work on their victory garden
plots at the Benjamin Franklin Elem. School Garden,
May 1942. 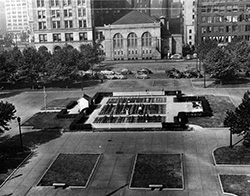