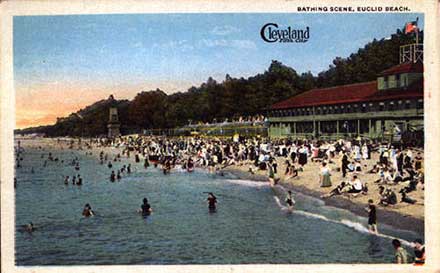 There were few options for those looking to escape the oppressive heat of a summer day before air conditioning became commonplace. It goes without saying that Euclid Beach’s location along the Lake Erie coast help set it apart and thrive while other contemporary inland amusement parks came and went. 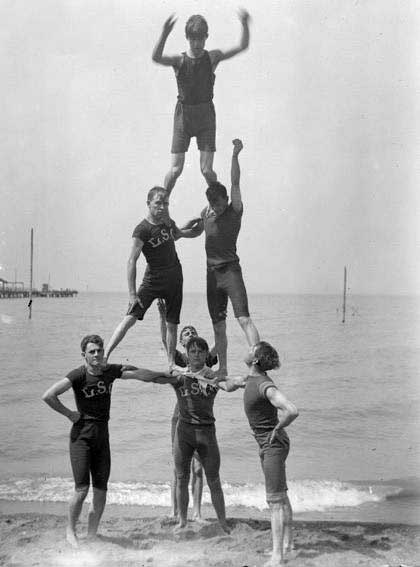 Providing a scenic location as well as an opportunity to mingle with the opposite sex, people came in droves to swim in the surf, boat on the waters, and fish along the pier. In addition to the bathing beach itself, attractions on the beach included the bath house with a restaurant/cafeteria on the upper floor, the pier, a rectangular pool beside the pier, a circular bathing pool that, at one time, had a "sea swing," which was replaced later by a lighted fountain, and a chute slide that went into the lake.

In order to maintain the air of respectabilty the new park owners had worked so hard to establish, the Humphreys set a strict code for beach attire stipulating that "a bathing garment would be long enough to cover the limbs, high enough to conceal the chest, and definitely not be gaudy in color."1 While management saw to the moral well-being of visitors to the beach with their dress code, the Euclid Beach Life Saving Corps was responsible for the physical well-being of bathers who braved the waters of Lake Erie and the two bathing pools. 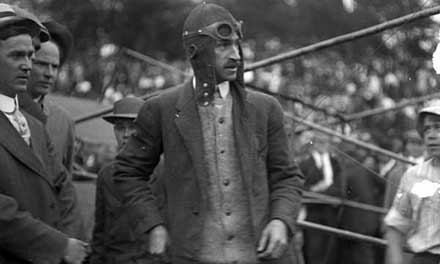 Famous aviators of the time used the beach as a runway for exhibitions of their piloting prowess. On August 31, 1910, spectators thronged the pier and the beach to witness as pioneer aviator Glen Curtiss took off in his bi-plane to fly all the way to Cedar Point in Sandusky, Ohio and then back. On August 17, 1911, Euclid Beach also served as runway for Harry Atwood, who was scheduled to land there as one of his stops during his flight from St. Louis to Boston. Though he mistook Edgewater Park for Euclid Beach and initally landed there, he corrected his error and finally made his scheduled landing to an appreciative crowd.2